Most of the brewing brewing equipment is a bit cloudy, such as wheat beer, some dark beer, cloudy IPA and so on. Some people are pursuing clear beer. Today, Brewery Equipment Factory will tell you about how craft beer equipment makes turbid beer clear.

If you want to make a clear, light beer, it is best to brew it with two-row malt and light-colored malt. The sugar content can be refined sugar, corn, or rice.

If you choose yeast with high flocculation and fast sedimentation speed, the obtained beer will be clearer. 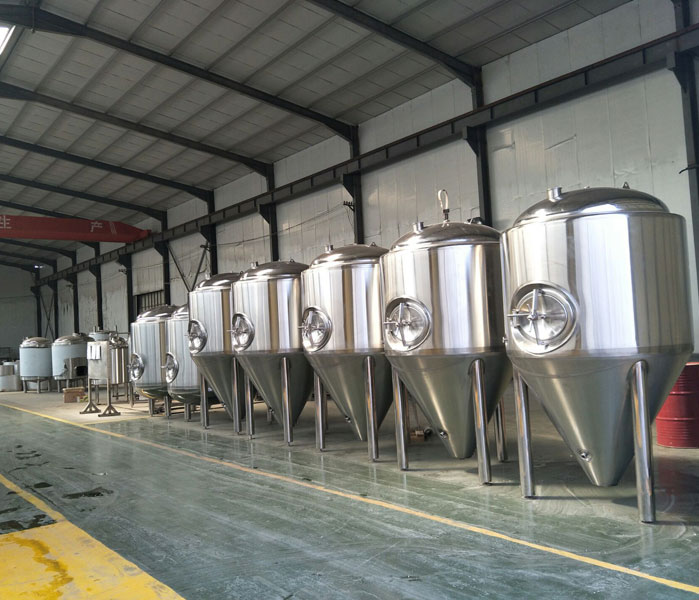 In order to get the strongest aroma, some brewers use low-alpha-fragrant fragrant flowers as boiled hops instead of bitter flowers. In addition to the high cost of doing so, it also introduces a large amount of polyphenols due to the addition of a large amount of hops, which affects the clarity of beer. A large amount of dry hops (especially granular hops) can also cause some turbidity. You can use hop bags to solve this problem.

The high pH (greater than 8) of the washing waste water will also cause a large amount of polyphenols to enter the wort. As a result, many enthusiasts will acidify their washing water to a pH below 6.0.

After the cooking is completed, the sooner the wort is cooled from the boiling state to the fermentation temperature, the more beneficial it is for tannin and protein to form a coagulum and be deposited on the bottom of the cooking barrel. This can greatly reduce the protein and tannin suspended in the liquor.

Filtration is a way to directly remove suspended particles from beer / wort. Yeast cells are generally 3-20 microns in diameter, larger than proteins and polyphenols. During brewing, you can choose a suitable filter to filter according to individual needs. The filtration process before cooking can remove the hot coagulum in the wort, and the filtration after the wort is cooled can remove the condensation solids. If it is filtered before bottling, the yeast remaining in the liquor will be removed (second bottling is not possible), and finally the wine needs to be transferred into a barrel for artificial carbonization.

Brewery Equipment is a device used by a manufacturer when brewing beer. If you have any questions, please consult us!

Previous: Does The Material Of The Brewing Equipment Affect The Quality Of The Wine?

Next: Can You Really Make Good Beer With The Beer Equipment?