The type of beer brewed with wheat buds in 500L Beer Brewing Equipment is more complex, but the personality is distinct. For example, the white beer of Berlin has a ratio of barley to wheat bud of 0.7:1. It is fermented with yeast and some lactic acid bacteria. The taste is slightly acidic and the color is white. A typical aroma of high levels of esters, higher alcohols and specific phenolic combinations.

Old beer and Kelsch beer are made from Vienna malt and wheat bud by yeast fermentation. The amount of hops is large, the bitterness value is generally between 20-40, the original wort concentration is 11.2%-12%, old beer Due to the use of some Munich malt, the color of the wine is 25-38EBC, and the color of the Kelsch beer is only 7.54-15EBC.

From the basic classification, it can be divided into three categories, namely, wheat beer containing yeast, wheat beer without yeast, and champagne wheat beer, but there is also a big difference between the same type of beer, such as the color difference of yeast containing wheat. Very large, light color in 8-14EBC, dark class 25-60EBC.

Beer brewed with wheat buds in 1000L Brewery Equipment, regardless of the amount of addition, has a common feature, namely, esters, higher alcohols, and higher levels of phenolic conjugates, which gives the beer a pleasant wheat aroma.

In short, wheat bud is a high-quality brewing material that is second only to barley malt. Its application in brewing has far-reaching practical significance both now and in the future. The key is to develop from reality and develop according to market demand. A new breed with vitality. 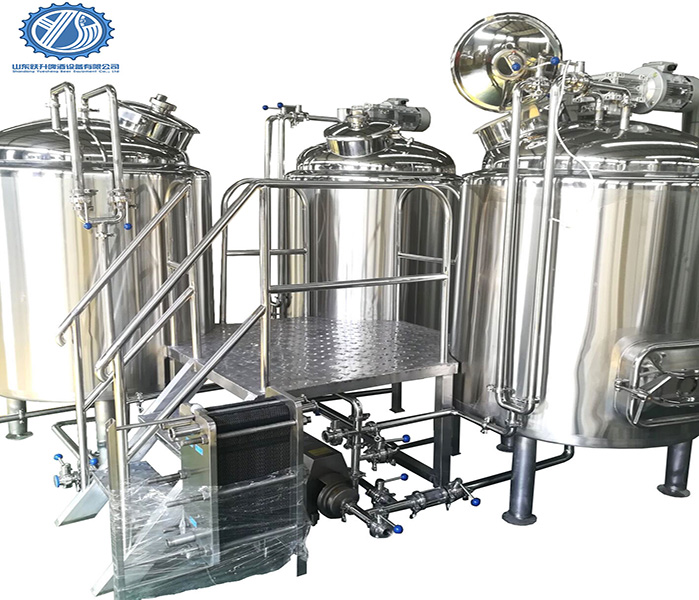 Next: Why 500L Beer Brewing Equipment Is So Popular?