Do You Know What The Role Of Wort In Beer Equipment Is?

Do you know what the role of wort in Beer Equipment is? During the preparation of wort, the boiling process will be a key step influencing the changes in wort composition, concentration, color and coagulable nitrogen, and is the most energy-intensive process in the preparation of wort. In brewing beer, it is necessary to properly control the boiling time and strength of the wort. 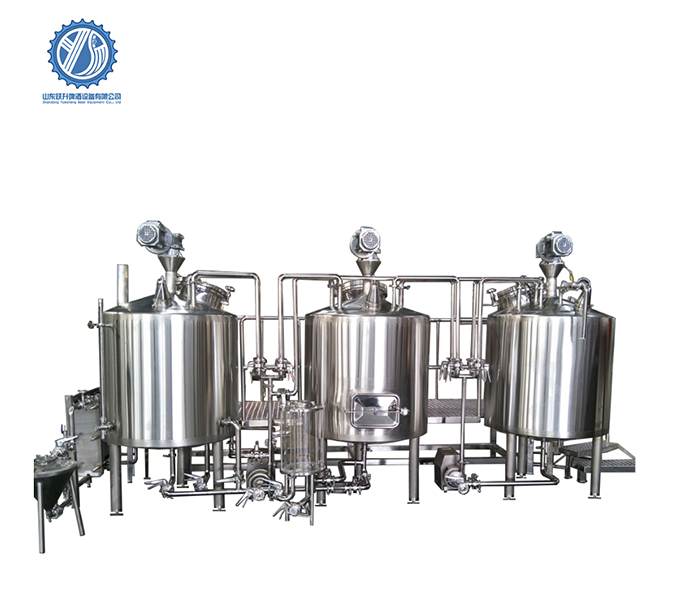 Boiling intensity refers to the water evaporated out per unit time. The greater the boiling strength, the better the convection of the wort and the more adequate the coagulation of the protein. However, if the boiling strength is too large, it will accelerate the color reaction of the wort, which will affect the foam performance of the beer. The longer the boiling time, the greater the amount of protein that is coagulated, but if it is too long, it will reconstitute some of the coagulated proteins and their complexes.

1. In the various treatments of Brewery Machine, the change of coagulable nitrogen in the shaped wort.

2. Comparison of turbidity of the treated wort in the beer equipment.

3. Analysis of the holding capacity of beer in each experimental group of beer equipment.

From the analysis, it is concluded that the beer brewed by the B treatment and the C treatment has comparable foaming properties, as does the D treatment and the E treatment. With the increase of boiling strength, the holding power of beer has a tendency to rise first and then fall. The same conclusion was reached for the analysis of the boiling time. It indicates that excessive boiling and boiling time during boiling will cause a decrease in beer holding capacity.

Previous: What If The Beer Machine Has More Foam?

Next: What are the Structural Characteristics of Beer Fermenters?