Beer has become a very common drink in life. As people drink more and more, many people are beginning to pick it up, which makes beer brewing no longer meet the daily production methods. This is how craft beer enters people's lives. 100L Brewery Equipment is a facility for brewing craft beer. It is used to create a richer taste to meet the needs of different customers in the market. From this, it will lead the industry to a new trend and let more people love craft beer. .

The production process of the Nano Brewery Factory has the steps of crushing, saccharifying, filtering, boiling, and temperature control. Each step requires the staff to operate according to the requirements. Only in this way can the brewed beer have a better taste.

It should be noted that craft beer is different from ordinary beer on the market. Because it puts high demands on the taste, we do not consider the cost when making the craft beer, but refine the process from the recipe. The wort has more sugar, and the beer produced is more mellow. 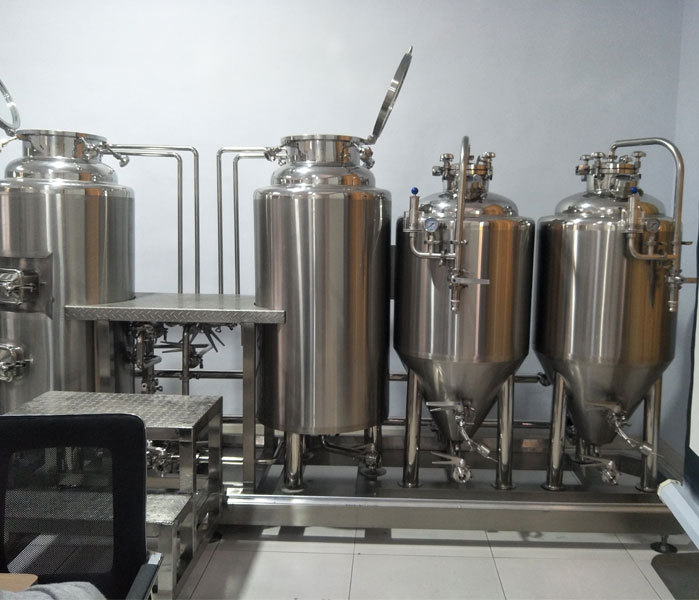 Previous: Why 500L Beer Brewing Equipment Is So Popular?

Next: Why Add Starch In Beer Brewing?