The Development Of 1000L Brewery Equipment In China

Yuesheng is a beer equipment manufactre in China. At the end of the 19th century, beer was imported into China. In 1900, the Russians first established the Ulubeshevskiy Brewery in Harbin; in 1901, the Russians and the Germans jointly established the Hagameier-Luchelmann Brewery; in 1903 the Czechs established in Harbin. East Bavarian Brewery; German and British joint ventures established the Yingde Beer Company (predecessor of Tsingtao Brewery) in Qingdao in 1903; the earliest self-built brewery in China was the three northeastern brewery established in Harbin in 1904, followed by It is the Wuzhou Beer Steam Water Factory (Harbin) established in 1914, the Beijing Shuanghesheng Brewery established in 1915, the Yantai Yiquan Brewery in Shandong Province (the predecessor of Yantai Brewery) established in 1920, and the Guangzhou Wuyang Brewery established in 1935. Former Guangzhou Brewery). At that time, China's beer industry was slow to develop, not widely distributed, and the output was not large. After 1949, China's 1000L brewery equipment developed rapidly, and gradually got rid of the backward state of raw materials dependence on imports. In 1979, the output reached 510 ml, and in 1986 the output reached 4000 ml. Chinese beer began to enter the international market in 1954, when the export was only 0.3ml, and by 1980 it had soared to 26ml. The raw materials of beer are barley, brewing water, hops, yeast and starchy auxiliary materials (corn, rice, barley, wheat, etc.) and sugar auxiliary materials. 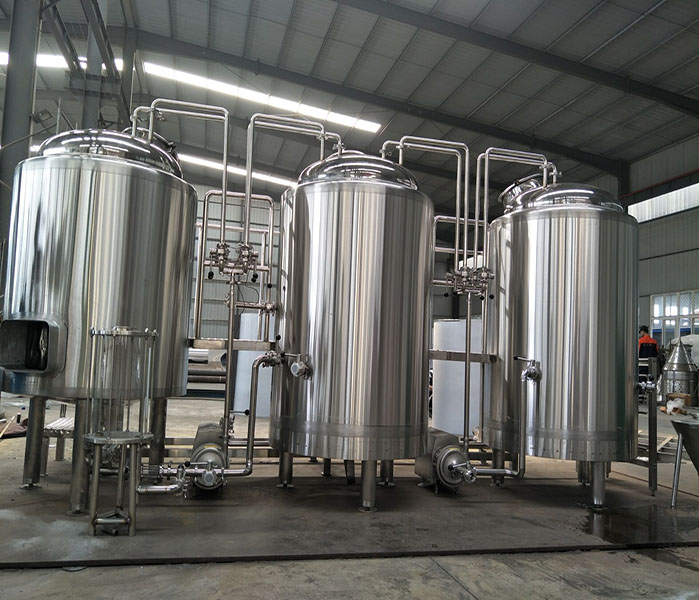